Selected papers are published in the Texas Digital Library.
Posted by Catherine Essinger at 12:50 PM No comments: 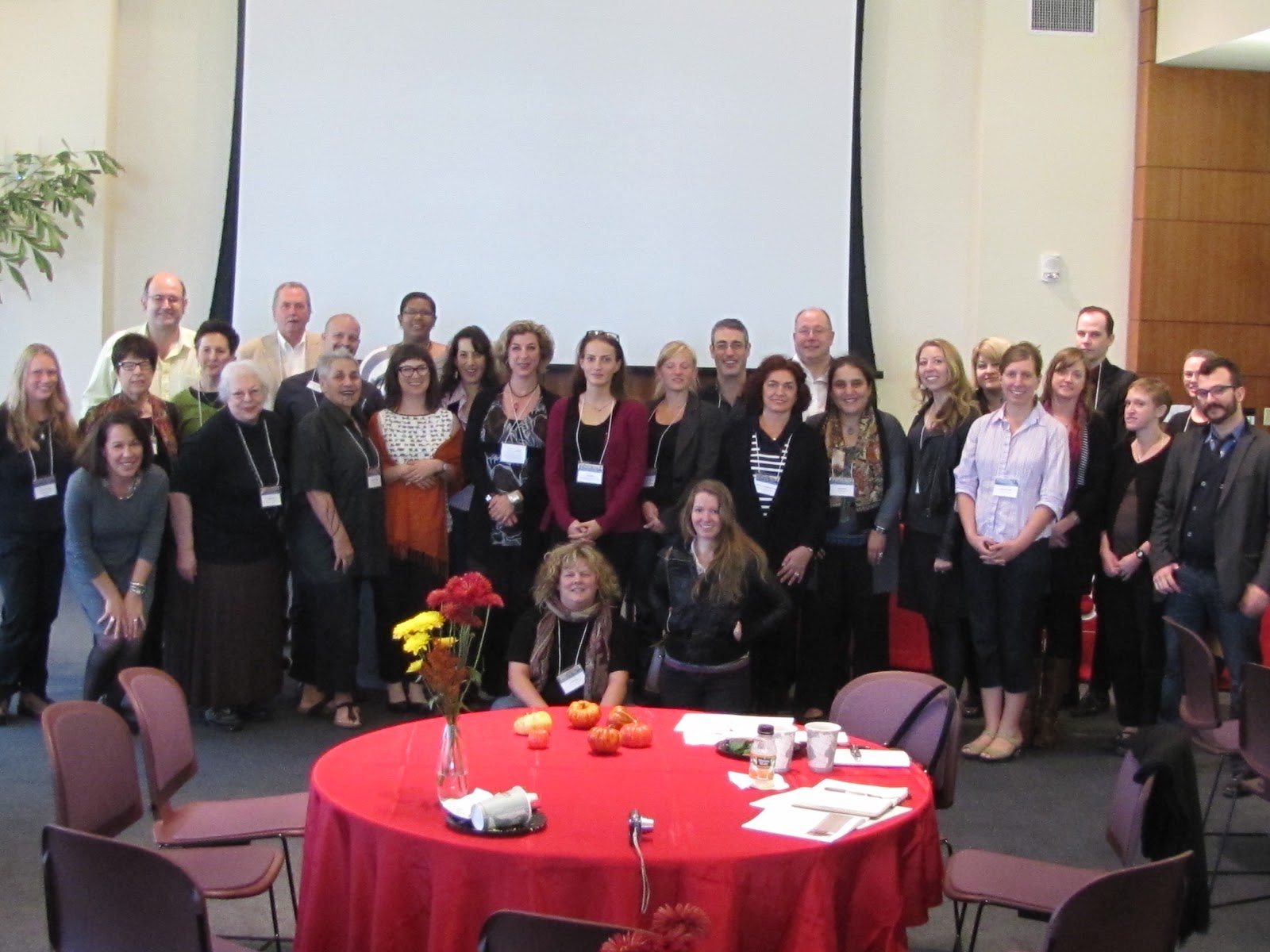 Thanks for a great symposium!
Posted by lostkeys at 12:02 PM No comments:

The University of Houston Libraries, in partnership with the Blaffer Art Museum, the Cynthia Woods Mitchell Center for the Arts, the Department for Hispanic Studies, the Honors College and School of Art, will host a three day symposium titled "The Art of Death and Dying" on October 24-27, 2012.

Jill H. Casid is Professor of Visual Studies at the University of Wisconsin-Madison, where she founded and directed the Center for Visual Cultures. A historian, theorist, and practicing artist, her contributions to the transdisciplinary field of visual studies include Sowing Empire: Landscape and Colonization (2004) and her forthcoming book Shadows of Enlightenment, both with the University of Minnesota Press. She is currently at work on several new book projects: “The Volatile Image: Other Histories of Photography,” “Forms-of-Life: Bioethics and Aesthetics,” and, with Aruna D’Souza, “The Exploded Global: Art History’s New Terrains” for the Clark Series at Yale University Press.

Keynote Address, Saturday, October 27, 2012
The Day of the Dead: a celebration of life and family
presented by Dr. Ward Albro

This presentation is based on almost a quarter century of visiting the celebration of the Day of the Dead (Día de los Muertos) in Oaxaca, Mexico. Dr. Albro will discuss the preColombian background and the importance of involving the dead (antepasados) in the life of the liviing.  Further, he will show how the Spanish Catholics then incorporated essentially indigenous practices into the liturgical calendar.  The Day of the Dead remains the most important day of the year for the indigenous population, not only to honor the past but to celebrate the present.  It is important to understand how observing death leads to a celebration of life.  While great attention is focused on cemetery visits and public expressions of the event, the most important aspect of the Day of the Dead today in Oaxaca is in the homes with the families.

Finally, Dr. Albro will consider the wider aspects of the Day of the Dead; how November 2 has become a national holiday in Mexico; the significance for tourism; how and why "making fun" of death has become so popular in Mexico and even in the United States; and what effect all this has on the essentially indigenous observance of "Muertos."

The Boundary of Life is Quietly Crossed: An Artist's Talk with Dario Robleto

The Cynthia Woods Mitchell Center for the Arts presents visionary Texas-based sculptural artist Dario Robleto, who will investigate the connection between creativity and loss. Part artist talk, part performance, Robleto uses storytelling, along with his vast collection of rarely seen sounds and images, to address the question "What does one do when they realize their life’s work might be unattainable or impossible?" Moving back and forth in time over centuries of human history, Robleto touches on war, the Blues, extinct languages, and problems of interpretation across humans and possible life on other planets. He will also draw upon his recent fellowship at Smithsonian's Museum of American History in Washington D.C. to discuss the Voyager space probe launched in the ’70s as a key example.

In conjunction with The Art of Death & Dying symposium, Blaffer Art Museum is proud to present a screening of Looking for Langston, a film from 1989 by British artist and filmmaker Isaac Julien. Looking for Langston was produced amidst a rising number of human deaths resulting from AIDS. Against this politically urgent backdrop, Julien interrogates historical narratives through a queer meditation on the life of Harlem Renaissance poet Langston Hughes. He uses memorializing language and imagery from diverse sources, including black poets Essex Hemphill and Bruce Nugent, James Van Der Zee’s photographic work The Harlem Book of the Dead (1978), and photographer Robert Mapplethorpe’s Black Book (1988). Shot in black and white by cinematographer Nina Kellgren, the film combines archival footage with newly staged set pieces, fantasy sequences, and an imagined love story. The result is a beautiful and ultimately celebratory piece about artistic expression and the nature of black gay desire. Cynthia Woods Mitchell Curatorial Fellow Amy Powell will introduce the film.

Blaffer Art Museum Director and Chief Curator Claudia Schmuckli will give a gallery talk on themes of death and mortality in the work of American sculptor Tony Feher, whose survey exhibition will be on view at Blaffer October 13, 2012 – March 17, 2013. Schmuckli is the curator of the exhibition. Feher’s materials range from bottles filled with water, to marbles and pennies, Styrofoam blocks and beverage crates, wire hangers, ropes and nylon cords, plastic bags and paper cups, to all kinds of packing materials including labels, bubble wrap, tape, and stickers. Although Feher's materials are quotidian and easily acquired, they are very specific, sought after and chosen for their distinct and inimitable formal qualities. Having come of age in an intellectual climate dominated by an overwhelming sense of endangerment due to the epidemic spread of AIDS, Feher, like so many artists of his generation, opted for humanism. His proud embrace of fragility, transience and emotion, along with his preference for non-precious, commonly available materials and found objects, has been highly influential with a younger generation of artists who have similarly decided to become archivists of their own lives and personal journeys.

This bus tour will include visits to three historic cemeteries: Glenwood Cemetery, a 19th century garden cemetery founded in 1871 and the resting place of Howard Hughes, four Texas governors, and the final President of the Republic of Texas, and Olivewood Cemetery, the city’s first incorporated African American cemetery.

Custom tour of the Menil Collection:

The Menil Collection houses more than 15,000 works, including particularly strong collections of tribal, Surrealist, pop and contemporary art.  Among the works that may be included on this tour are Andy Warhol’s Electric Chair, tribal death and ceremonial masks, and the paintings of Yves Klein, Mark Rothko or the Surrealists.  The Rothko Chapel (completed shortly after the suicide of Mark Rothko) and Barnett Newman’s Broken Obelisk sculpture (memorializing Dr. Martin Luther King, Jr.) are adjacent to the Menil’s main building.